Compare prices on car hire in Constantai from all the major brands and find the best deals. When you book through us, unlimited mileage and insurance are always included in the price given. 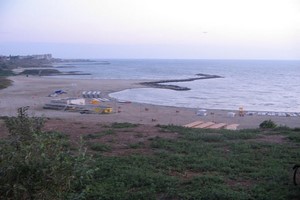 Constanta bordering the Black Sea on the southeast coast of Romania and is part of the region Dobruja.Constanta is the country’s main port city with the largest port on the Black Sea and the fourth largest in Europe. This is Romania’s third largest city and had a population of over 300 000 in 2009. Constanta was built already around the year 600 BC Kr. under the name of Tomis, which makes the city one of Romania’s oldest.

Constanta is a beautiful city that offers everything from modern casinos to historical sites. The casino is located in a beautiful and desirable area and was built between the world wars of the 20th century. Parcul Arheologic is an archaeological park with ruins from the 3rd and 4 century AD Kr, and for sun-seekers, the area svartehavsrivieraens center. Aquarium of the city was built in 1958 and boasts more than 60 fish species from among other things, the Black Sea. In the dolphin park Delfinariul entertained b esøkende by two trained dolphins.