Compare prices on car hire in Barcelona Airport from all the major brands and find the best deals. When you book through us, unlimited mileage and insurance are always included in the price given. 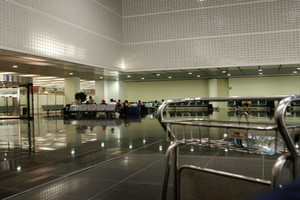 Barcelona Airport (BCN), also known as El Prat Airport, located 10 km southwest of Barcelona .It runs both bus and train between the airport and Barcelona. There are 5 different car rental companies at the airport, there are Hertz, Avis, Europcar, National Ates and Solms. With 27,311,765 visitors passengers in 2009, the Barcelona Airport is the second largest airport in Spain .The airport is headquarters for easyJet and Ryanair, and is directly connected to some 130 destinations, mostly in Europe. Barcelona Airport’s history goes back to 1918. The new Terminal 1 designed by Ricardo Bofill opened in June 2009, and it is intended that another new terminal will be completed during 2012. Barcelona has to offer in just under 30 different cafes, bars and restaurants scattered throughout the airport. The range of duty-free shops, fashion and accessories as well as other types of stores are also good. Other amenities include a children’s playground, pharmacy, medical center, wireless internet, police, post office, bank, VIP lounge and travel agencies.