Compare prices on car hire in Albacete from all the major brands and find the best deals. When you book through us, unlimited mileage and insurance are always included in the price given. 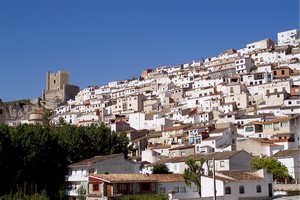 Albacete is a Spanish city that is capital of the province of the same name. The city is located in the southern part of Spain and it is approximately 190 km to the coast and the Mediterranean Sea in the east.Valencia is about. 135 km northeast of Albacete, while the country’s capital Madrid is a little over 250 miles in a northwesterly direction.In 2007 there were approximately 160 000 inhabitants in Albacete.

The first time the city appeared to sources, was in 1269 when Albacete was a small village. Today you can wander through a medieval town and see historical buildings like the gothic San Juan Bautista Cathedral. Monastery La Encarnatión stretches back to the 1500s and today houses a cultural center. In earlier times the city was known for producing blacksmith items that can be purchased in souvenir shops, and Municipal Knife Making Museum is devoted to the history of Albacete knife production.

Albacete Airport is located about 8 km outside the city. The airport began scheduled flights in 2003 and offers trips to Barcelona .