Compare prices on car hire in Elche from all the major brands and find the best deals. When you book through us, unlimited mileage and insurance are always included in the price given. 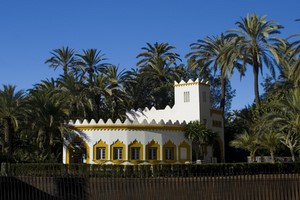 Elche is located in southeastern Spain , about 20 km west of the Mediterranean Sea.The city is located in the province of Alicante belonging to the region of Valencia, which is about 25 km to the town and resort of Alicante .From Elche carried the goods of dates, palm products, footwear, olive oil and soap, and in 2008 the population measured at around 210 000

Elche is known to be surrounded by Europe’s only daddelpalmeskog which was built by the Arabs for over 1000 years ago. The forest consists of over 200 000 palm trees, and because of the unique forest stands Elche on the UNESCO list of world heritage. Altamira Castle is a castle built in 1100 – and 1200-century and which today houses the Elche Archaeology and History Museum. In August each year is held and celebrated drama Mystery of Elche has been listed since the 1400s and has been passed down from father to son.

Alicante Airport is the 6th busiest airport in Spain and is about. 13 km outside Elche.