Compare prices on car hire in Las Palmas from all the major brands and find the best deals. When you book through us, unlimited mileage and insurance are always included in the price given. 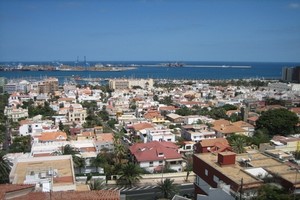 Las Palmas is the largest city in the Canary Islands .It is also administrasjonsby in Gran Canaria, and some metropolitan status of the islands of Santa Cruz on Tenerife .At the last census (2006), there were 377,056 inhabitants in the city, which means that almost half of Gran Canaria’s population lives in Las Palmas.The city, which is over 500 years old, has a lot of history to show off. In 1492 Christopher Columbus was on a visit, and therefore there is a special Columbus Museum here (Casa de Colon). Other historical attractions, it is natural to mention the Santa Ana Cathedral from 1497

It is tourism which is the main occupation both in Las Palmas in the Canary Islands in general. Puerto district, which surrounds the port area of ??Puerto de la Luz, is the city’s famous amusement center. There are restaurants, bars and nightclubs close. This is also the 4 kilometers popular bathing beach, Playa de las Canteras. Approx. 100 meters off the beach there is a natural reef, which both reduces the wave height for the swimmers and has an important function in the area’s ecosystem.

Car-hire.net offers car hire at Las Palmas and the Las Palmas Airport. We are usually cheaper easier than our competitors because we compare the well-known companies such as Avis, Budget, Alamo and National. Try the search engine above to see available rental cars and offers.