Compare prices on car hire in Soria from all the major brands and find the best deals. When you book through us, unlimited mileage and insurance are always included in the price given. 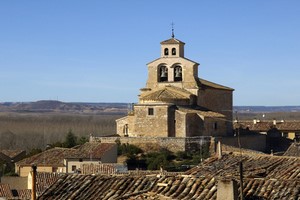 Soria has a central location in the northern part of Spain and is the capital of the province of the same name.The city and the province belongs to the region of Castilla y León, Soria is located entirely east of the region, on the banks of the River Duero. It is about 450 km to the city of Barcelona and the Mediterranean Sea in the east and ca. 360 km to the Portuguese border in the west.The population of Soria was about 40 000 in 2008.

Soria is a beautiful city with many historic buildings, including City Hall from the 1500s which stands on the city’s main square. Many of the old buildings are churches and monasteries, the Monastery of Santa Clara from 1200-century church of Santo Domingo from the 1100s. Old Town is a charming area with a superb location on the River Duero. Just outside town are the remains of ancient Numantia, and Museo Numantino is an archaeological museum, which set out the findings from this city.

The nearest airport is Logroño-Agoncillo Airport which is located approx. 120 km north of Soria.