Compare prices on car hire in Tenerife Airport South from all the major brands and find the best deals. When you book through us, unlimited mileage and insurance are always included in the price given. 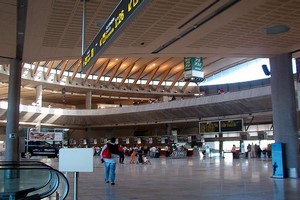 Tenerife Airport South Tenerife , also known as Tenerife South-Reina Sofia Airport (TFS), located 60 km south of Santa Cruz in the town of Granadilla de Abona.It is possible to travel by bus between the airport and Santa Cruz and other places on the island. There are 6 different car rental companies at the airport, there are Auto Reisen, Avis, Cicar, Europcar, Goldcar Europe and Hertz. In 2009, 7,108,073 people visited Tenerife Airport South is one of two airports on the island of Tenerife where Tenerife Airport South is the least of them. There are good bus links between the two airports. From Tenerife South Airport can fly to around 60 different destinations in Europe. Tenerife South Airport has a good selection of shops, including duty-free shops, and cafes, bars and restaurants. The airport also offers travel, chapel, pharmacy, medical center, bank, post office, business center and VIP lounge. There are no hotels at the airport, but one of the hotels located near the Hotel Vincci Tenerife Golf.