Compare prices on car hire in Tenerife from all the major brands and find the best deals. When you book through us, unlimited mileage and insurance are always included in the price given. 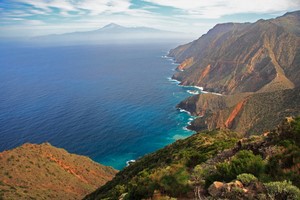 Tenerife is the largest of the Canary Islands. It is located in the Atlantic Ocean, approx. 300 km off the northwest coast of Africa – and is one of the world’s premier resorts. The capital of the island called Santa Cruz de Tenerife and has 221,627 inhabitants (2006). The climate is favorable, and the temperature falls rarely below 20 degrees. Along the coast there are many popular and picturesque villages, and beaches are considered to be very attractive.

It is a very active and varied nightlife in Tenerife, the restaurants are known for their many and varied fish specialties. Tenerife Each year received more than 5.5 million tourists, and many charter companies offer travel here in several different price ranges.