Compare prices on car hire in Terrassa from all the major brands and find the best deals. When you book through us, unlimited mileage and insurance are always included in the price given. 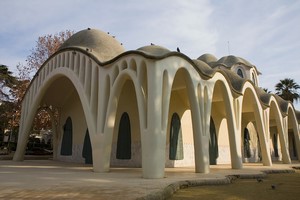 Terrassa belongs to the province of Barcelona and located in the northeast of Spain .The quickest way to the coast and the tempting Mediterranean Sea, is to Badalona situated about 30 km south of Terrassa. The popular city of Barcelona located 35 km southeast of Terrassa, while the border with France in the north is to find about 150 km away.In 2009, the population of Terrassa measured at approx. 210 000.

Terrassa has existed as a town since Roman times and was founded under the name Egara between years 69 and 79 BC. The city takes care of inheritance, and the old town has a medieval character and historic buildings. In 2005, uncovered remains suggesting that the area was inhabited for almost one million years ago, making it one of Europe’s oldest. Terrassa has long been the leader in textile production and textile museum is devoted to just that.