Compare prices on car hire in Phuket from all the major brands and find the best deals. When you book through us, unlimited mileage and insurance are always included in the price given. 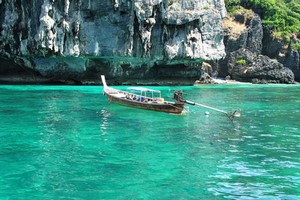 Phuket is an island and a province in the Andaman Sea just off the west coast of Mandalayhalvøya. Phuket is the largest island in Thailand with a population of over 320 000 (2007) and a capital city named Phuket.Phuket town was founded in the 1st century BC Kr. and for many centuries, the island lived mainly on tin production, but in recent years tourism has taken over.

Along the many beaches there are a large variety of restaurants and a bustling nightlife, in addition to that you can snorkel, dive and take one of the best golf courses. In Phuket Town you should visit the old town with small shops and cafes, museums and temples. Jui Tui Shrine is the oldest Chinese temple in Phuket. The temple was built in the 1700s and people come here to ask an oracle for advice. It held many festivities on the island to Patong Carnival and Chao Le Boat Floating Festival.