Compare prices on car hire in Boston from all the major brands and find the best deals. When you book through us, unlimited mileage and insurance are always included in the price given. 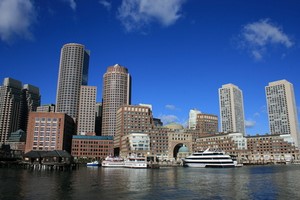 Boston is located in northeastern United States , and is the capital and largest city in the state Massachsetts.The city has    inhabitants, and is the region’s commercial and cultural center.Boston was founded in 1630 and is one of the oldest in the country.

The city has several universities and is a popular destination for tourists – with over 12 million visitors annually.

One of the most popular tourist attractions in Boston’s Skywalk Observatory – the lookout at the top of the Prudential Tower – where it has 360 degree panoramic views.There is also the popular restaurant “Top of the Hub.”   The Museum of Fine Arts has many visitors – one of the world’s greatest art collections from Asia, where you also can see the Egyptian mummies.

The city’s tourist attraction for the whole family’s Museum of Science – with interactive exhibits and laser shows, IMAX cinema and Planetarium.

In Boston, the JFK Memorial Museum & Library – Museum dedicated to John F. Kennedy, focusing on his life and career.