Compare prices on car hire in Cedar Rapids from all the major brands and find the best deals. When you book through us, unlimited mileage and insurance are always included in the price given. 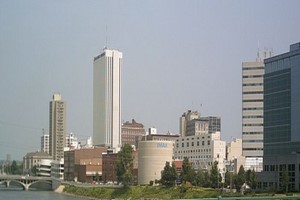 Cedar Rapids is located in the eastern part of the United States , specifically in the county of Linn County – the state of Iowa.The city has about 130,000 inhabitants (2008), and is an important railway junction.

Cedar Rapids was founded in 1849 and experienced large immigration of Czechs in 1852. The city is still dominated by the Czech culture, and museum “National Czech & Slovak Museum & Library” is a major tourist attraction.

The city lies on the River Cedar River, 32 km north of Iowa City. The river is the small island of Mays Island – where the city’s majestic town hall, courthouse and jail are located.

Other tourist attractions in the city’s “Cedar Rapids Museum of Art” – established in 1905, and has, among other a large collection of Grant Wood, who was from the city. Also “Afican American Museum of Iowa,” is worth a visit – where you can learn about African-American heritage and culture with an exhibition of photographs and artifacts.

It is also great shopping in downtown, as well as restaurants and nightlife venues. The city has also ice skating “Ice Arena”, parks and green spaces and golf courses in the region.