Planning a visit to the famous and prestigious city of Houston and you want your stay to be stress-free? Then, you require the need for a rental car. There is a wide range of car rental companies that offer pocket-friendly car rental and car hire services you can explore the city with. You can rent any car of your choice without stress. However, for convenience sake, you can book any rental car online via the car rental company website. 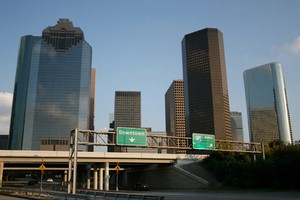 Houston city is a big metropolis in Texas, and it is the most populous city in the state. It is located at an elevation of thirty metres above the sea level; and it has a longitude of -95.36 and latitude of 29.76. The city operates using the Central Daylight Time (CDT). The city of Houston has a Gross Domestic Product (GDP) of approximately $490.1 billion, ranking it among the top seven largest metro economy in the United States.

The city has a total area of 1,651 square metres (637.4 square miles). It was established on August 30, 1836, by land investors and it was incorporated to a city on June 5, 1837. The city has an estimated population of over 2.47112 million, which makes Houston arguably the largest city in the state of Texas. Houston is famous for delicious cuisines like kolache, chicken-fried steak, Chile con queso, barbecue brisket, and many more, which you can enjoy during your visit to the city.

The city of Houston is home to the majority of Texas’ most famous attractions. You will be able to explore beautiful places like the San Jacinto Monument park, the Johnson Space Center, Houston Zoo, and other such attractions. Houston also boasts of an incredible array of museums to include the Museum of Natural Science, Buffalo Soldier Museum, Museum of Fine Art and the Holocaust Museum. You will also have access to a nice collection of incredible restaurants for a delicious dining experience.

There are a lot of beautiful and amazing places waiting to be explored in the city of Houston. However, exploring those attractive places is easy with your rental car. First, take a drive to the Houston Space Center. Here you can learn about NASA’s next mission, and you can also see the replica of America’s first space station. The estimated distance from the airport and the space centre is around 73.1 km (45.4 miles) from the airport  via I-69 and I-45 S, which takes approximately 47 min to get there in your rental car.

Another amazing place you should explore during your visit to Houston city is Houston’s Museum District. The museum is one of the city’s greatest attractions. The museum encompasses a total of 19 museums of which 11 are free to the public. The estimated distance from the airport to the museum district is about 37.7 km (23.4 miles) via I-69, which takes approximately 27 min to get there in your rental car. However, driving via other routes (Hardy Toll Rd and I-45 S) will take a longer time to get there.

Also, you shouldn’t miss seeing the Houston Zoo and Herman Park that are closer to the Museum District. Additionally, you can check out Graffiti Park. The park contains buildings with attractive graffiti or street arts. The distance to the location is 35.6 km (22.1 miles) via I-69, which takes approximately 24 min to get there in your rental car. You can also check out Houston’s amazing restaurants for a nice taste of a delicious meal. Some of these restaurants include La Griglia, Mezza Grille, Eddie V’s Prime Seafood, and many more.

There are two major airports near Houston city. One of these airports is the George Bush Intercontinental Airport. It is an International Airport located about 37 km (23 miles) Downtown Houston, Texas, United State. The airport is the biggest in Texas, and it serves a large number of domestic destinations. The airport served over 43,807,539 passengers in 2018, ranking it the 14th busiest airport in the United State and 47th in the world.

The airport covers 40.5 square kilometre, and it has runways. At George Bush Intercontinental Airport, you will find car rental companies like Avis, Enterprise, Alamo, Budget, Advantage, Hertz, National, Zipcar and Thrifty. You can also choose from a range of car options like Convertible, Compact and Luxury when making your booking.

When exploring the beautiful city of Houston, you will experience a smooth and easy drive due to the city’s well-developed road network. The roads are in good condition. Additionally, when exploring the city, you should avoid the rush hours if you want to enjoy your vacation or tour around the city. Early rush hour in Houston is between 7 AM and 9 AM, while the late rush hour is between 4 PM and 7 PM. You can also get a traffic app to make your movement easy and stress-free.

It’s also important to abide by the road’s rules and regulations during your visit to Houston city. Don’t drive above the speed limits to avoid paying a fine for breaking the rules. The speed limit 75 mph on highways. However, you can speed up to 80 mph or 85 mph if the highway is designed to accommodate it. Parking options available in the city includes short-term parking and long-term parking.