Compare prices on car hire in Killeen from all the major brands and find the best deals. When you book through us, unlimited mileage and insurance are always included in the price given. 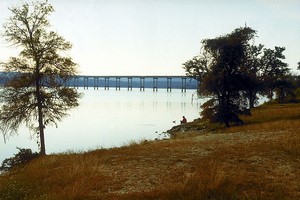 Killeen is located in the U.S. state of Texas, and is part of the county Bell County. The city has about 112,000 inhabitants (2008), and is geographically located 96 km north of Austin, the capital of the state.

Killeen was founded in 1882 and is today best known for the military base Fort Hood – which is one of the largest in the U.S. – with about 40,000 soldiers.As a curiosity may be mentioned that Elvis Presley was once stationed at Fort Hood, and lived in Killeen for a shorter period.

Most of the city’s cultural events take place at the “Killeen Civic and Conference Center” – which holds more than 2000 visitors.

A family attraction in Killeen is the water park located in the Lion’s Club Park. Features include water slides, a climbing wall and swimming pool.

The town has a small airport – Killeen Fort Hood Regional Airport – which is 14 km southwest of downtown. From here there are direct flights to Dallas, Houston and Atlanta.