Compare prices on car hire in Newark from all the major brands and find the best deals. When you book through us, unlimited mileage and insurance are always included in the price given. 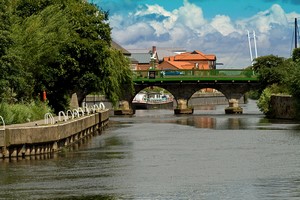 Newark, which is 8 miles west of Manhattan, is – with its 278,980 inhabitants (2008) – the largest city in the state of New Jersey, and also the administrative center in Essex County. In many ways Newark as a suburb of New York – but the city also has its absolute character.

Among the most visited attractions in Newark is the new, large cultural and sports complex Prudential Center (dedicated in 2007). It hosts regular major concerts (especially pop / rock) and various sporting events. Also the modern New Jersey Performing Arts Center is a popular concert venue (especially for classical music and jazz) – and here the New Jersey Symphony Orchestra’s base. Moreover, one can experience as well as theater-dance performances here.

Newark Liberty International Airport , located on the outskirts of town, is the nation’s fifth busiest airport.