Compare prices on car hire in Santa Barbara from all the major brands and find the best deals. When you book through us, unlimited mileage and insurance are always included in the price given. 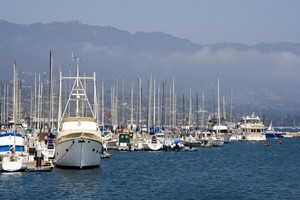 Santa Barbara is a popular tourist town with approx. 100,000 inhabitants in the state of California in the United States . It is located on the coast in an area with a Mediterranean climate – which is therefore known as “The American Riviera”.

Otherwise, it is first and foremost, the climate and the many recreational offerings in and around the city that attracts tourists, especially those of the great beaches, where the East Beach is the most popular. Also activities such as surfing, paragliding, golf and kayaking, there are good opportunities here.