Compare prices on car hire in Buenos Aires Airport from all the major brands and find the best deals. When you book through us, unlimited mileage and insurance are always included in the price given. 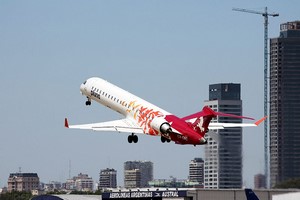 Aeropuerto Internacional de Ezeiza “Ministro Pistarini ‘(EZE) is located 22 miles southeast of Buenos Aires. The airport is named after General Juan Pistarini but is primarily known as Ezeiza. It is very poorly by public transport between the airport and Buenos Aires, so taxis are a good option. There are four car rental companies at the airport, close to the entrance area of ??Terminal A, there are Alamo, Avis, Hertz and Localize. In 2008, 8,012,794 passengers visited Buenos Aires Ezeiza Airport. It serves only international flights, while Jorge Newberry airport, located just north of downtown Buenos Aires, serving the national. It is headquarters for the national company Aerolineas Argentinas. From Buenos Aires Ezeiza Airport can travel directly to several cities in Europe and the United States as well as Sydney and Cape Town and Johannesburg .All passengers will fly from Ezeiza to pay a tax of 29 dollars by check. It is a good range of cafes, restaurants, bars and shops in Buenos Aires Ezeiza Airport. There are tax free both at departure and arrival. Other amenities include ATM, pharmacy and medical center. The nearest hotels are located in Buenos Aires.