Compare prices on car hire in Argentina from all the major brands and find the best deals. When you book through us, unlimited mileage and insurance are always included in the price given. 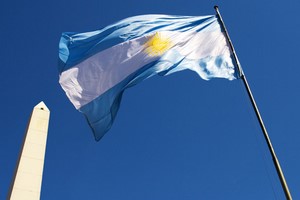 Republic of Argentina is the second largest country in South America (after Brazil ), with about 41 million inhabitants (2009).Argentina is the Atlantic Ocean to the south and east, and west is the Andes – where the highest point of the Aconcagua, which measures 6,962 meters above sea level

Argentina borders Paraguay and Bolivia in the north, Brazil and Uruguay in the northeast and Chile in the west and south.

The landscape consists of grassy rich and fertile plains in the north (pampas), rolling countryside in the south, with sand dunes and cliffs, and mountains in the west. The climate is generally temperate, with subtropical areas of North and Sub-Antarctic areas completely in the south.

The capital city Buenos Aires (3.7 million inhabitants in 2009), located on the east coast, is also the country’s most important port city – and the commercial and industrial center.

One of South America’s biggest tourist attractions are the Iguazú Falls, located in northern Argentina – on the border with Brazil. Iguazú Falls has a drop of 80 meters, and is part of the Iguazú National Park. This is also listed as a UNESCO World Heritage Site.

Argentina – which is tango homeland – is otherwise known for its culture, football, red wine and its hospitality.

The country’s main airport is Aeropuerto Internacional Ministro Pistarini, which is located 40 km outside the capital Buenos Aires.

Car-hire.net offers car rentals in most major cities and airports in Argentina. Some car rental companies, we compare include Six, National, Alamo and Europcar. 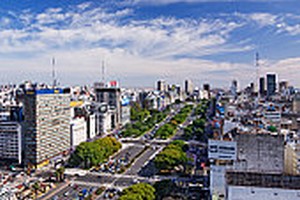