Compare prices on car hire in Cordoba from all the major brands and find the best deals. When you book through us, unlimited mileage and insurance are always included in the price given. 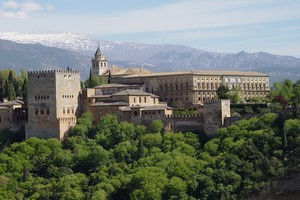 Córdoba is centrally located in the southern part of Spain and is the capital of the province of the same name.The province belongs to the region of Andalusia lies at the foot of the Sierra Morena. The river Guadalquivir flows through Córdoba and there are about 170 km to the Mediterranean coast in the south. In 2008 the population was estimated at around 325 000 It is believed that Cordoba was founded by the Phoenicians, who ruled the Mediterranean between 800 to 664 BC Kr, which makes the city one of the oldest.

Cordoba is characterized by the many empires that have been in control of the city, and one of the most famous historical buildings, the Moorish mosque La Mezquita, which was built between 700 – and 900-number. Other sights worth seeing, is the Arabic Almodovar Castle from the 700-century bell tower from the 1600s and Roman ruins. Many of the historic sights can be seen in the old city listed as a UNESCO World Heritage list.

Cordoba Airport is located about 6 km from the city center.