Compare prices on car hire in Canberra Airport from all the major brands and find the best deals. When you book through us, unlimited mileage and insurance are always included in the price given. 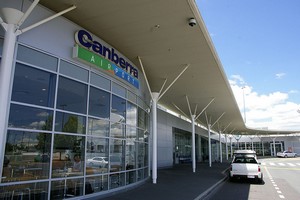 Canberra Airport (CBR) is a 10 minute drive from the city of Canberra. Airlinerbussen has flights to and from the airport every half hour on weekdays and every hour on weekends. Taximulightene is good, and five different companies engaged in car rental. It is also possible to rent bicycles. From June 2007 to June 2008 was 2,853 000 passengers visit the airport. The airport has no international flights, most routes are in the southeastern part of Australia . It is mostly Virgin Blue and Qantas fly from Canberra . The airport has three cafes, a kiosk and an exchange agency with 40 different currencies. During 2012 it is expected that a new terminal building will be put in place. The airport is known as “The foggy airport” because it lies in a valley with cold domestic climate where there is a lot of fog.