Is your next destination Melbourne? If the answer is yes, then you have chosen a wonderful place to spend your vacation. If you are wondering how you can explore the city quickly and easily without the drag of public transport, you can opt for a car rental service. There are several affordable car hire companies that can help with this without stress. And, most importantly, many of these companies are located at the airport or close-by. 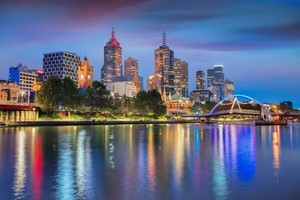 Melbourne is the capital and most populous city of the state of Victoria in Australia. It has a population of 5 million and comprises of a metropolitan area with 31 municipalities. Just an extra detail, its inhabitants are referred to as “Melburnians”. Yes, you read right. Melbourne has a very diversified economy with particular strengths in finance, research, manufacturing, Information Technology, transportation, education, logistics, and tourism. The city is home to one of the world’s largest mining company BHP Billiton, and several large corporations in terms of revenue and market capitalisation.

Melbourne is bordered by Sunbury to the Northwest. Yarra Glen and Healesville is northeast of the city with Beaconsfield by the west. Even with the commercial exposure of the city, it’s still home to many of the best-known cultural institutions in the nation such as Melbourne Cricket Ground, the National Gallery of Victoria and the World Heritage-listed Royal Exhibition Building. Melbourne exhibit so many cultural heritages including sports, museum, arts and theatre among others.

By now, we are sure you have some sites already on your mind to visit, however, we have some interesting places that you can also check out during your visit to Melbourne. The first on our list is Federation Square. This centre was commissioned in 2002 to commemorate 100 years of Federation and since then it has become an integral part of the city and a great place for tourists for sightseeing and exploration.

You can also check out the National Gallery of Victoria (NGV) which houses more than 70,000 works of art in two city locations. These arts consists of Australian arts and International arts which encompasses Europe and Asia. A popular painting you will find in the NGV is the Weeping Woman painting by Picasso himself. The building is renowned for the Great Hall which has a colourful stained glass ceiling. To get a full view of this beauty, visitors often lie on the floor to gaze at the ceiling.

After arriving at Melbourne and successfully renting a car, you are now ready to cruise around with ease and maintaining your privacy. From Melbourne, you can take a drive to Mount Evelyn, which is 45.2 km (28miles) northeast of the city. The region is a suburb of Melbourne and is home to parks, reserves and sporting activities. A popular park is the Warburton Trail for walking and cycling. This trail runs between Lilydale and Warburton.

You can also take a drive to Ferntree Gully, which is 30km (19m) east of Melbourne. It is at the outskirt of Melbourne and boasts of a robust economy that encompasses railway transportation, shopping centre and sport. It is also home to notable personalities like Pippa Black, Justin Huber and Michael Nakamura. If you want to get a good treat, you should visit the shopping centre to explore the restaurants and cafes and try out some of their delicacies.

If you got time, you should also check out Moorabbin which is just 19.2 km (12 miles) southeast of Melbourne. This region has been in existence since the mid-1960s. Moorabbin has a cultural focus on mainly sport and education. It also has notable industrial activities especially in areas such as transport and housing.

Close to Melbourne are several international airports with the major one being Melbourne Airport. This airport serves Melbourne with four terminals. You can access different car rental options right from the airport. Some of these rental companies are Alpha, Spendless and Hertz, many of which offer online order feature for ease of hiring.

Another airport is Avalon which is one of the busiest airports in Australia. It has a terminal that can accommodate six domestic departures per hour. The airport also offers different car rental options such as Avis, Redspot and Europcar. Inside the airport are 1500 airport car spaces, a ride-share pick-up/drop-off bay and a taxi rank and

Another popular airport is Moorabbin Airport. Although the airport shares a name with one of the cities we discussed earlier, it is not actually located in that area, but in a close Melbourne suburb. The airport also has different car rental options for passengers like Hertz and Budget car. After your visit to Melbourne, the major destination people often visit are Sydney, Brisbane, and Adelaide.

Melbourne has a well-connected road network largely due to the huge industrial activity in the city. You can easily connect with different parts of the city due to these road networks. On normal days, the city experience light traffic, however, this changes rapidly when there is a huge tournament like the Australian Open. Generally, the speed limit on Melbourne major roads and streets is 40km/h (25mph).

Before driving, be sure to check with the hotel you will be staying at about the specific traffic laws that apply to the route you will be taking. You should also note that there are several parking options available in the city centre. Some of these are Queen Victoria Market Parking, Mint car park and Lonsdale Street Car Park to name a few.