Compare prices on car hire in Brussels Charleroi Airport from all the major brands and find the best deals. When you book through us, unlimited mileage and insurance are always included in the price given. 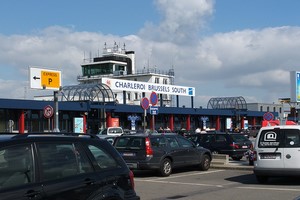 Brussels Charleroi Airport (CRL) is located 7 km from the town of Charleroi in Wallonia and 46 km from Brussels .Buses leave every half hour drive to Charleroi train station. Every forty five minutes there is a bus to Brussels, bus trip takes an hour. The airport has five different rental car company. 3,937,187 passengers stopped at Brussels Charleroi Airport in 2009.The airport is the seat for six different budget airlines, Wizz Air, Air Arabia, Air On Air, Jetairfly, Jet4you and Ryanair. Ryanair is the provider of most destinations. The companies flying first and foremost to other European countries with emphasis on the cities along the Mediterranean Sea. A few destinations located in North Africa. A new terminal opened in January 2008, it has the capacity to five million passengers. The airport has five different food and beverage outlets, wireless Internet and an ATM. Balladins Superior Hotel Charleroi Airport opened in October 2008 and is the closest hotel.