Compare prices on car hire in Campinas from all the major brands and find the best deals. When you book through us, unlimited mileage and insurance are always included in the price given. 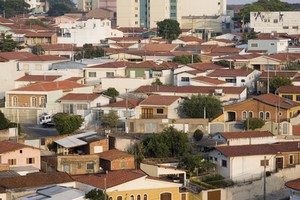 Campinas deadlines with much culture and activities such as theater, symphony, galleries and parks. Bosque dos Jequitibás is an imitation of the ancient rainforest with a zoo and the Natural History Museum. One of the most famous parks are the Parque Portugal also called Lagoa do Taquaral. Here is a small lake, beautiful scenery, hiking trails, sports stadiums, restaurants and Scientific Museum and a planetarium. The old railway station converted into a cultural center, the water tower Castelo, you get a lovely view over the city.

Viracopos-Campinas International Airport is the second most important airport in the country is about. 14 km outside Campinas.