Compare prices on car hire in Brazil from all the major brands and find the best deals. When you book through us, unlimited mileage and insurance are always included in the price given. 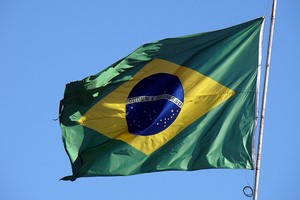 Brazil – with a total area of ??8.5 million km2 and with nearly 200 million people – South America’s largest country, both in size and in population. It borders on all 10 other countries, in addition to that it has a long coastline facing the Atlantic Ocean. It is the only country in the South American continent that have Portuguese as official language.

The climate in Brazil is mostly tropical – except in the south, where it is temperate. The northern part of the country is otherwise dominated by giant rainforest of the Amazon, the world’s most water-rich river. Farther south in the country, there are several major mountain chains, and this is also the river Paraná – which flows on through Paraguay and Argentina – their sources.Brazil’s highest mountain – Pico de Neblina (2994 m) – is, however, in the far north, near the border with Venezuela .

One of the biggest attractions are the Iguacu National Park – which is related to the Iguazu National Park in Argentina, which it borders. Both parks are on UNESCO’s World Heritage List.

Brazil has several major airports – including Galeão in Rio de Janeiro (the largest) and Congonhas in Sao Paulo .

Car-hire.net offers flights to most major cities in Brazil and at the larger airports. Book cheap car rental through Car-hire.net.