Compare prices on car hire in Sao Paulo Airport from all the major brands and find the best deals. When you book through us, unlimited mileage and insurance are always included in the price given. 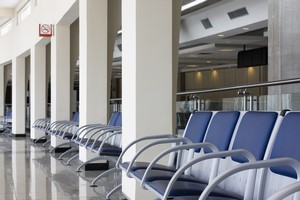 Sao Paulo / Guarulhos – Governor André Franco Montoro International Airport (GRU) located 25 km northeast of Sao Paulo .There is no shuttle between the center of Sao Paulo and the airport. In addition to the local car rental company as Avis, Budget, Hertz and Thrifty represented here. 21,607,303 passengers visited the Sao Paulo Airport in 2009 which is the largest in Brazil in terms of number of passengers.The international grid is very good with direct flights to other South American countries, to around 12 different destinations in Europe, 11 in the United States and also to cities in Africa, the Middle East and Asia.It is the main base for the Brazilian company TAM and GOL. There are plans for a new terminal to be built so that capacity can be increased to 29 million passengers per year. The range of shops, eating-drinking places in Sao Paulo Airport is not very good in relation to that there is a large airport, but the most basic of all. Other amenities include a bank, post office, medical and pharmacy, VIP-Long and business rooms. Sao Paulo Airport Marriott Hotel and the Hotel Monaco Residence is located near the airport.