Compare prices on car hire in Sofia from all the major brands and find the best deals. When you book through us, unlimited mileage and insurance are always included in the price given. 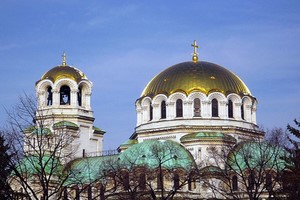 Sofia is the capital and largest city in Bulgaria with a population of over 1 400 000 (2009) within city limits.This makes Sofia on 15 largest city in the EU. Sofia is located in western Bulgaria, between north and south, not far from the border with Serbia .The city has a long history and is one of the oldest capitals in Europe.

Sofia is one of the few large cities in Bulgaria and offers both history and modern shopping streets. The name Sofia was given the city in 1376 and means “wisdom”. The city is named after Sophia’s Church from the 500’s, and today the National Museum housed in the church. Bojana Church from the 1200s is another important building and stands act as a UNESCO World Heritage list. Zoo Sofia Zoo is the oldest and largest in Bulgaria, founded in 1888.

Sofia Airport was built in 1930 and located about 10 km outside the city center.It is the largest airport in the country and has both domestic and international flights.