Compare prices on car hire in Serbia from all the major brands and find the best deals. When you book through us, unlimited mileage and insurance are always included in the price given. 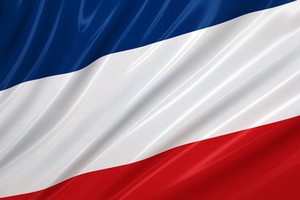 Serbia (10.1 million inhabitants in 2009) is centrally located in the Balkans in Southeast Europe and has borders with Romania , Bulgaria , Montenegro , Kosovo, Macedonia , Croatia and Bosnia-Herzegovina .Up to 1992 amounted to Serbia the central part of the republic of Yugoslavia, and was so in the period 1992-2006 in the union with Montenegro.

Nature in Serbia is changing. The northern part of the country consists of plains, where the Danube (Dunav) and several smaller rivers to help make the soil fertile. In the southern part is the mountains that dominate, and there is also the country’s highest peak – Midzor (2,169 m). The climate in Serbia is predominantly continental.

The capital Belgrade is situated where the two rivers Sava and Danube meet – and also, with a population of 1.3 million, the country’s largest city.It is considered very beautiful, and is also one of Europe’s oldest cities. Belgrade is often called “Gateway to the Balkans.” Other major cities in Serbia’s Novi Sad and Nis.