Compare prices on car hire in Edmonton from all the major brands and find the best deals. When you book through us, unlimited mileage and insurance are always included in the price given. 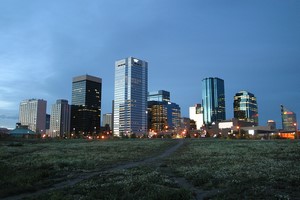 Edmonton is the provincial capital and is located in the province of Alberta in the southwestern part of Canada .The city is located beside the North Saskatchewan River and nearly 300 km northeast of the city of Calgary. Edmonton is the second largest city in the province of Calgary with a population of over 710,000 within the city limits (2008). If you include the metropolitan area the figure rises to over 1 000 000 The city was founded in 1794 and was given city status in 1892.

Edmonton is also known as Canada’s festival because of the many festivities held every year. Residents and visitors can amuse themselves with sporting events, film festival, various food festivals, Street Performers Festival and much more. Fort Edmonton Park is Canada’s largest historic outdoor museum and the Valley Zoo is a zoo with over 350 animals. There are good shopping opportunities in Edmonton, including West Edmonton Mall, the largest mall in North America.

Edmonton International Airport is the largest airport in size and is located about 25 km outside the city.