Compare prices on car hire in Concepcion from all the major brands and find the best deals. When you book through us, unlimited mileage and insurance are always included in the price given. 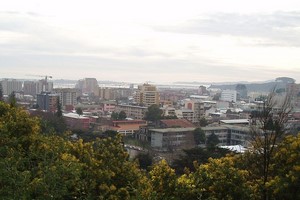 Concepcion is located in Chile’s southern part and is the capital of the region of Bío-Bío. The city is the third largest city with a population of over 215 000 (2008). Concepcion is located 10 km from the mouth of the river Bío-Bío. The city was founded on the Pacific Coast in 1550 and has been subjected to many powerful earthquakes and tsunamis over the years. In 1730 Concepcion moved further inland, but has been hard hit by earthquakes in the future.

The constant development of Concepcion has given the city a modern feel. There are also many green spaces and places in the city, including the Plaza de la Independencia, where the Declaration of Independence was signed in 1818. Universidad de Concepción is a beautiful and popular attraction which is surrounded by lush parks. To learn about local history, one should take a trip to the small town of Lota in the historical museum and Isidora Cousiño Park.

Carriel Sur International Airport is the second largest airport in Chile and is located about 5 km outside of Concepción.