Compare prices on car hire in Chile from all the major brands and find the best deals. When you book through us, unlimited mileage and insurance are always included in the price given. 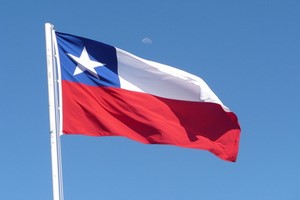 Chile, which lies southwest of the South American continent, has approx. 16 million inhabitants and an area of ??756,950 km2. The country is long and narrow and has a coastline on the Pacific Ocean in the entire 4630 km. Otherwise, borders the country of Argentina , Bolivia and Peru .Within coast dominates the Andes, where the highest peak of chiles page, Ojos del   Salado, located 6,879 meters above sea levelAt the far north, we find the mineral-rich Atacama Desert.

The climate in Chile is predominantly temperate, but with wide variations – from the extremely dry areas around the Atacama Desert in the north to the relatively cold and humid climatic conditions in the very south (the archipelago Tierra del Fuego). Along the coast in the middle part of the country is the Mediterranean climate. The country has also many active volcanoes, and sometimes it is affected by the earthquake.

The capital of Santiago , who is also the country’s largest city (4.4 million inhabitants), located in the country.Most cities, however, along the coast, and some of the largest of these, Antofagasta , Vina del Mar, Concepcion and Valparaiso. Mention must also Punta Arenas in Tierra del Fuego, the world’s southernmost city.Tierra del Fuego is separated from the mainland by the famous Magellan Strait and the southernmost tip of Tierra del Fuego – Cape Horn – took her many storms, one of the most notorious places in the days of sailing ships.

Chile is known for its many beautiful national parks, and three of them are on UNESCO’s World Heritage List. It also makes the old town of Valparaiso.

The country’s largest airport is Aeropuerto Internacional Comodoro Arturo Merino Benitez in the capital Santiago.Large airports, there are other such in Concepción and Punta Arenas.

Car-hire.net offers car hire on the above airports and in most major cities in Chile.