Compare prices on car hire in China from all the major brands and find the best deals. When you book through us, unlimited mileage and insurance are always included in the price given. 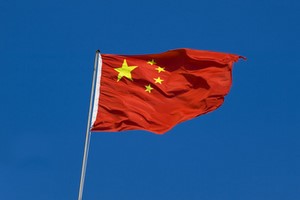 People’s Republic of China is the largest country in East Asia (the area), and 3 largest in the world – after Canada and Russia .There are a total population of 1.3 billion (2009) – and it is the world’s most populous.

China limits to all 14 countries and has coastline on the Yellow Sea, the East China Sea and the South-Chinese sea.

The country has a varied landscape of plains, mountains and mountain ranges, rivers and desert areas. Himalayan mountain range is located in China, on the border with Nepal. The world’s highest mountain – Mount Everest (8,850 m) – is located.

The capital Beijing is the country’s second largest city (after Shanghai), and has 17.4 million inhabitants in the metropolitan region.Beijing is China’s political and cultural center with a unique heritage. Main tourist attractions are the Great Wall, Minggravene, Tiananmen gate that leads into the Imperial Palace area “Forbidden City”. Summer Olympics in 2008 were also held in Beijing.

China has several international airports, and airports in Beijing, Shanghai and Hong Kong is the busiest in the country. Hong Kong Interantional Airport is also one of the major airports in Asia.

Try our user-friendly search engine to be surprisingly low prices quoted on the car in China.