Compare prices on car hire in Russia from all the major brands and find the best deals. When you book through us, unlimited mileage and insurance are always included in the price given. 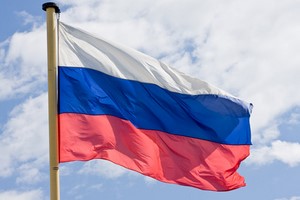 Russia (about 142 million inhabitants in 2009) is the world’s largest country in area. The area is less than 17 million km2 – which is spread over two continents: Europe and Asia, where the boundary follows the mighty Ural Mountains. The European part – which is the most populous – consists of a large part of the lowlands, dissected by large rivers like the Volga, Dnieper and Don. Siberia, which dominates the Asian side, and stretching from the Urals and the far east to the Pacific Ocean, consists of a part of the tundra and is relatively sparsely populated. Otherwise, much of the rest of Russia dominated the steppes, deserts and mountains.

The European part of Russia borders Norway, Finland , Estonia , Latvia , Lithuania, Poland , Belarus and Ukraine – while the Asian part bordering Georgia, Azerbaijan, Kazakhstan, China , Mongolia and North Korea.The country is otherwise a very long coastline, particularly in the north by the Barents Sea and Arctic Ocean – and in the eastern Pacific.

Most of Russia has a temperate, continental climate with relatively large differences between summer and winter temperatures. Both in the north, where the polar climate, and in Siberia, however, the winters get extremely cold. In the south – the Black and Caspian seas – however, it is hot, subtropical climate.

The capital city Moscow has approx. 10 million inhabitants.Otherwise, there are ten second million cities in the country, where the greatest of these is St. Petersburg (4.2 million).Russia has a number of attractions to offer. One of the largest single attraction is a ride on the Trans-Siberian railway from Moscow to   Vladivostok on the Pacific.The route is 9.300 km and the trip takes 9 days.

Russia’s three largest airports – which Domodedovo International Airport is the largest – are all located near Moscow.