Compare prices on car hire in Costa Rica from all the major brands and find the best deals. When you book through us, unlimited mileage and insurance are always included in the price given. 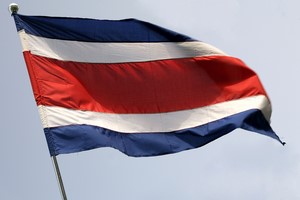 Costa Rica is known for its varied and lush nature with exotic animals and birds. The landscape   consists of mountains and volcanoes, grasslands, lakes, sandy beaches, lagoons and tropical rainforest.The highest mountain is Cerro Chirripó, and is 3820 meters above sea level The country’s highest volcano Irazu units, measuring 3,432 m.

Costa Rica’s primary language is Spanish , and tourism is the country’s main industry.

In the middle of the country is the capital San José , which has about 350,000 inhabitants.San José is a modern city with many beautiful parks and gardens, interesting museums, theaters and nightlife venues.

Through us you can book a rental car at most destinations in Costa Rica including the capital San José and at all major holiday destinations.