Compare prices on car hire in Limassol from all the major brands and find the best deals. When you book through us, unlimited mileage and insurance are always included in the price given. 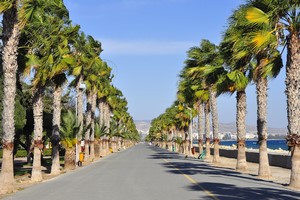 Limassol lies on Cyprus ‘s southern coast, at Akriotiribukten.Limassol is the second largest city in Cyprus, and the country’s main seaport. Limassol has a population of 161,000 inhabitants (2001). From Limassol is the ferry connection with such Athens, Beirut, Rhodes , Haifa and Port Said.

Limassol occurred between the two ancient cities of Amathus and Kourion. The city was in a period in the Eastern Roman Empire when it was called Neapolis. Here is a Venetian castle from the 1100s. Limassol is the center of a wine country, and arranges Limassol wine festival each September. In the fall the city hosts Cyprus Rally and Carnival in February or March. Limassol has a long cultural tradition of many museums and archaeological sites.