Compare prices on car hire in Cyprus from all the major brands and find the best deals. When you book through us, unlimited mileage and insurance are always included in the price given. 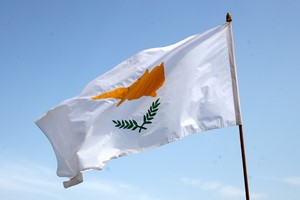 Cyprus is the 3rd largest island in the Mediterranean – after the Italian islands of Sicily and Sardinia.Cyprus has approximately 800,000 inhabitants (2010), and is located 70 km south of Turkey .Other neighboring areas are Syria , Lebanon , Israel , Egypt and Greece.The country’s official languages ??are Greek and Turkish.

Cyprus is now a divided country. Republic of Cyprus covers the southern part of the island, while the Turkish Republic of Northern Cyprus (only recognized by Turkey) covering the northernmost part. The boundary between these, the so-called “green line”, go through the capital Nicosia and consists of two walls. The transitions guarded by UN troops. Nicosia has about 360,000 inhabitants in total, where the minority of them – Turkish Cypriots – live in the north, while Greek Cypriots live in the southern part of town.

There are also two British military base areas on the island – Akrotiri and Dhekelia. These do not belong to Cyprus.

The landscape consists of the Troodos Mountains is south and west, the mountain range Kyrenia in the north and plains in between. Mount Olympus is the highest – and measures 1,952 meters above sea level

The most popular seaside and tourist towns on the island’s Larnaca, Fig Tree Bay and Aya Napa.

Larnaca and Limassol on the south coast is the island’s main port cities.

Car-hire.net offers car hire on the airstrip and above and at popular tourist destinations. Try our search engine above and book cheap car rental. 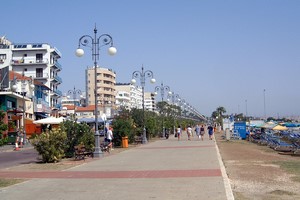