Compare prices on car hire in Odense from all the major brands and find the best deals. When you book through us, unlimited mileage and insurance are always included in the price given. 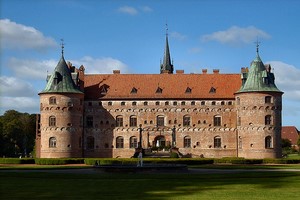 Odense – Denmark 3 largest city with 159,700 inhabitants (2009) – Located on the island of Funen in Region South Denmark .Odense is a very old city, and outside center Nun Bakken – a Viking castle around 1000 AD.

Odense has several tourist attractions, including Railway Museum, Funen Art Museum, Odense Zoo and the Iron Age Village – a reconstructed oldtidslandsby. In addition, the famous fairy tale writer Hans Christian Andersen was born and raised here – and tourists can visit his childhood home and museum that tells about his life and work.

Odense also has a rich culture, friendly cafes and restaurants and good shopping. One of Denmark’s largest shopping centers located in Odense – Rosengårdcenteret – which has 125 stores.