Compare prices on car hire in Denmark from all the major brands and find the best deals. When you book through us, unlimited mileage and insurance are always included in the price given. 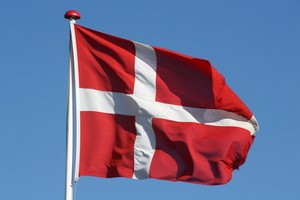 Denmark is located in Northern Europe, and falling within the geographical area of Scandinavia (which includes the countries Denmark, Norway and Sweden ).The country has 5.5 million inhabitants (2009), and consists of the Jutland peninsula and 443 smaller islands – of which Zealand and Funen is the largest. Denmark borders Germany to the south and the coastal line to the Skagerrak in the north, the Kattegat and the Baltic Sea in the east and the North Sea in the west.It has ferry connections to Norway, Sweden , England , Poland and Germany.

Faroe Islands (an archipelago that lies just north of Scotland ) and Greenland (the world’s largest island, which lies geographically in North America) also belong to Denmark.

Denmark’s landscape is characterized by lowlands with hills, snogging (limestone cliffs) and dunes (sand banks). The highest point is Møllehøj – and is located 170 meters above sea level

The country has a maritime climate, with windy winters and cool summers.

The capital Copenhagen is located on the island of Zealand, and has approximately 520,000 inhabitants in the city center (2010). If you include the entire metropolitan area, the population is increasing to nearly 1.2 million. From Sealand is a bridge connection to Sweden .Copenhagen is a modern city with many attractions and sights, great shopping and a varied nightlife.

We offer a wide range of cars from budget cars to luxury cars, convertibles and 4WD’s in most places in Denmark. Car Rental in Denmark has never been cheaper. Try the search engine above to find cheap car hire in Denmark . 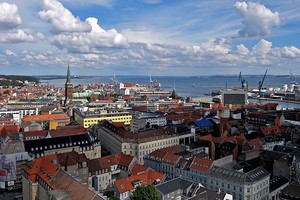 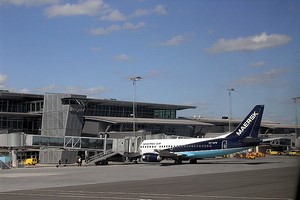 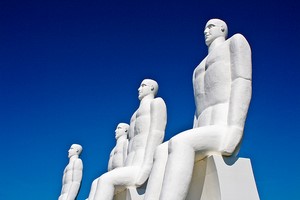 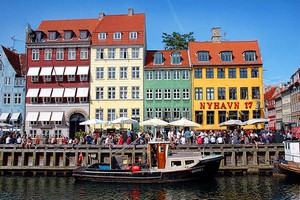