Compare prices on car hire in Hillerød from all the major brands and find the best deals. When you book through us, unlimited mileage and insurance are always included in the price given. 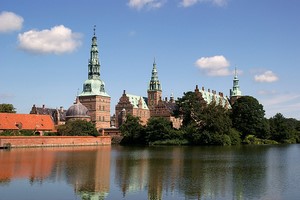 Hillerød (29,683 inhabitants in 2009) located north of Sealand and is the administrative center of the Capital Region. The town has a historical basis in a medieval village with the same name, which later grew around Frederiksborg Castle – an impressive building from 1560.

Frederiksborg Castle with the Castle Church is still the main attraction, and there is also the National Historical Museum itself. Frederiksborg Castle is considered one of Denmark’s 10 largest tourist attractions. Also Frederiksborg Slot Have, where Hillerød Museum is located, is a popular destination. Another popular attraction is Æbelholt monastery ruins – located 5 kilometers west of the town Hillerød. A period in the Middle Ages, this was the largest Augustinian.