Compare prices on car hire in Karup Airport from all the major brands and find the best deals. When you book through us, unlimited mileage and insurance are always included in the price given. 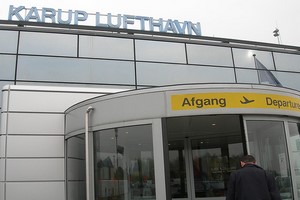 Karup Airport (KRP), located midway between the cities of Herning and Viborg. There are 24, 5 km to the Herning and 31.5 to Viborg. There are regular airport buses to both cities. Three firms at the airport offers car rentals. Karup Airport is the fifth largest in Denmark . Karup Airport was opened in 1965. In 2008, 197,258 passengers visited the airport. The airport has 14 daily departures and operated by Cimber Sterling. The most popular route to and from Copenhagen with several departures daily. Among the facilities at Karup Airport is a tax free, a bistro, and four meeting rooms that can be rented through the bistro. The airport is known to have a good selection of modern art. The nearest hotels are located about 20 km from the airport in Herning.