Compare prices on car hire in Lyngby from all the major brands and find the best deals. When you book through us, unlimited mileage and insurance are always included in the price given. 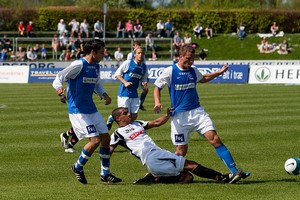 Lyngby (officially called Kongens Lyngby) is the main town of Lyngby-Taarbæk municipality on Zealand. It is a forstadsby approx. 10,000 residents, located 12 kilometers north of Copenhagen – the Capital Region.The city’s history dates back to medieval times, something the scenic Lyngby church from around 1150 is an example.

In addition to the old church, the city has several popular attractions to offer. First and foremost, Sorgenfri Slot – located just outside town – is mentioned. It is an edifice in baroque style, which was originally built in 1705, but which has since been rebuilt several times. The castle is at the disposal of the royal family – but the beautiful Castle Haven is always open to the public. Otherwise, Lyngby also has its own Museum of Art – Sophie Holm.

Another tourist attraction in Lyngby’s Open Air Museum – with its 100 old houses and farms.

The purchase seekers can drop in several shops in the city – or such. stop by the mall “Lyngby Storcenter” with all 114 stores. Large magazine “Magasin du Nord” has also a special department in Lyngby.