Compare prices on car hire in Roskilde Airport Tune from all the major brands and find the best deals. When you book through us, unlimited mileage and insurance are always included in the price given. 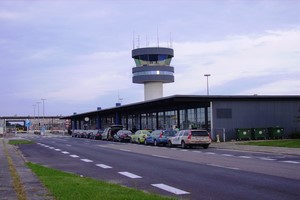 Roskilde Airport (RKE), also called Tune Airport, located in Roskilde Municipality six km from Roskilde between Tune and Gadstrup.In Copenhagen it is 40 km.There are no car rental agencies at the airport, but it is possible to pre-order from the company newspaper that delivers car to the airport and the key can be obtained   at the port office on the terminal.There is no train or bus all the way to the airport, the easiest is to use the taxi to and from Roskilde Station. The airport was completed in 1973. In the last five years, the airport had between 30 000 and 50 000 passengers per year.It is used little in regular passenger traffic, but first and foremost to the general aviation (commercial and private flights with smaller aircraft) as well as schools, taxi, and flight training. The biggest airline is Copenhagen Airtaxi. The airport has two takeoff and landing paths. The airport has few facilities. There is a café at Roskilde Airport.