Compare prices on car hire in Skanderborg from all the major brands and find the best deals. When you book through us, unlimited mileage and insurance are always included in the price given. 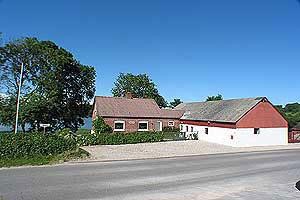 Skanderborg (14,000 inhabitants in 2009) is a small, cozy town with a beautiful location close to Skanderborg Sø in East Jutland in Denmark .Administratively it belongs to Region Midtjylland. The countryside surrounding the town is hilly, and near there are two of Denmark’s highest “mountain”: Ejer Bavnehøj (170 m) and Yding Skovhøj (172 m).

The town acquired city rights in 1582, and had grown up around the old Skanderborg Slot from the 1100s. Most of the castle is now gone, but it preserved the home Skanderborg Castle Church, which, with its round tower is the most important single attraction.

Otherwise, the city is perhaps best known for Skanderborg Festival – or “Denmark’s prettiest Festival”, as it is called. It has been held every summer since 1979, and is among the country’s most popular folk music festivals.