Compare prices on car hire in Sharm El Sheikh Airport from all the major brands and find the best deals. When you book through us, unlimited mileage and insurance are always included in the price given. 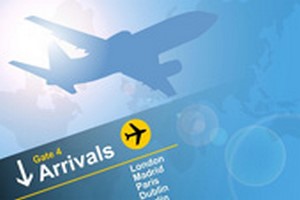 Sharm El Sheikh Airport (SSH), also known as Ophira International Airport, is a 20 minute drive from downtown Sharm El Sheikh. There are buses between the airport and the airport running away when the buses are full. The offering car rental Thrifty, Avis, Morgana Trade Centre, Noam Bay and Budget. Sharm El Sheikh Airport is the second largest airport in Egypt, with 7,430,940 passengers in 2009. It was opened in 1968 and was originally used as a base for the Israeli Air Force. In 2007 a new Terminal 2 opened, and in 2012, a terminal 3 for completion. It is served by many budget airlines like Ryanair and Easyjet fly to cities throughout Europe. There are several shops at the airport, including duty-free and a store that sells jewelry and gems. The selection of cafes, bars and restaurants are also good. The airport has a bank but no hotel.