Compare prices on car hire in Egypt from all the major brands and find the best deals. When you book through us, unlimited mileage and insurance are always included in the price given. 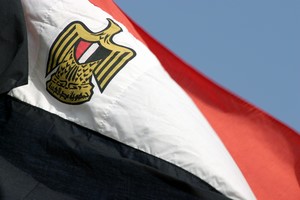 Egypt is an Arab republic located in North East Africa – and partially in Southwest Asia (due to the geographic location of the Sinai Peninsula). Egypt has 83 million inhabitants (2009), and borders Libya, Sudan, Gaza Strip and Israel .The country has a coastal strip of the Mediterranean Sea in the north and the Red Sea in the east. The river Nile, regarded as the world’s longest, flows through Egypt.

Egypt is mostly desert landscape on both the east and west sides of the Nile – which includes parts of the Sahara desert and the Libyan desert.The country also has desert climate, with hot dry summers and mild winters.

The capital Cairo is located northeast of the country with 16 million inhabitants (2009).Cairo is Africa’s largest city – and the center for learning, culture and commerce. The western part of the town government buildings and modern architecture, while the east side are several landmarks – including the ancient mosques.

In the near Cairo, we visit the world famous Pyramids of Giza, including Sphinx, Great Pyramid of Giza and Khafrepyramiden.

Sharm el Sheik on the Red Sea – specifically, on the southern tip of the Sinai Peninsula – and is a popular seaside resort for tourists.Here are inviting sandy beaches, crystal clear water and luxury hotels.

We offer a wide selection of flights to Egypt from budget cars to luxury cars, convertibles and 4WD’s.