Compare prices on car hire in Birmingham from all the major brands and find the best deals. When you book through us, unlimited mileage and insurance are always included in the price given. 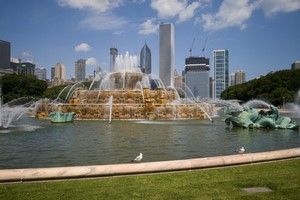 Birmingham is located in the western part of central England , the Midlands region.In this area, flowing rivers like the Severn River, Trent River and the Ouse River. Birmingham is the second largest city in England after London , and in 2008 the population was estimated at over 1 000 000In the 1100-century Birmingham a city that lived by keeping markets, and it grew into a city during the Industrial Revolution in England in the late 1700’s.

Birmingham is a cultural city that refutes the majority wants. Brimingham Royal Ballet is Britain’s premier ballet troupe, and the city also offers other dance events DanceXchange and the International Dance Festival. Other festivals are the St. Patrick’s Day Festival held in February and Chinese New Year is celebrated in the Chinese Quarter. For the history buffs may Birmingham offers many museums and sights from the Middle Ages.

Birmingham International Airport is 10 km outside the city, and in 2007 was the 6 busiest airport in the country.