Compare prices on car hire in Cardiff from all the major brands and find the best deals. When you book through us, unlimited mileage and insurance are always included in the price given. 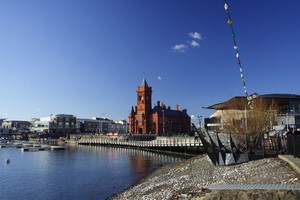 Cardiff is the capital of Wales is a country affiliated with the United Kingdom and bordered by England’s southern half in the east.County of which the city belongs is called South Glamorgan and the south of Wales. Cardiff is located far south of the county and is the largest city in Wales. In 2009 the population was estimated at slightly over 300 000 The city has an important coal industry and the port.

One of the most famous sights in Cardiff is Cardiff Castle. The Romans traveled at least two forts in the same place, but it is only part of the foundations of the last fort that still remains with the foundations of the present castle. Cardiff Bay is a popular haunt both because of the many bars and restaurants, but also due to activities taking place on the water. Cardiff Bay Visitor Centre offers various exhibitions and has a special tube shape.

Cardiff Airport is the only airport in Wales offering international flights. The airport is located about 20 km west of the city.