Compare prices on car hire in Wales from all the major brands and find the best deals. When you book through us, unlimited mileage and insurance are always included in the price given. 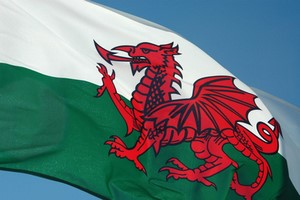 Wales is a peninsula in southwestern Britain, and has 3 million inhabitants (2009). The area bordered by England to the east and the coastal line to the Bristol Channel to the south, St. George’s Channel to the west and the Irish Sea in the north.The island of Anglesey in north Wales also belong.

The landscape of Wales is made up of mountains, hills, fertile valleys, lakes and waterfalls – and the lowlands along the coast. The highest peak is Snowdown, located 1085 meters above sea level

Wales has a maritime climate with cold winters and hot summers. It is predominantly cooler and moister in Wales than in England .

The capital Cardiff is situated in South Wales, and has 320,000 inhabitants.Cardiff is an important port city and has many tourist attractions. The most popular is Cardiff Castle and Castell Coch. The capital also has several interesting museums, great shopping and a vibrant nightlife with restaurants and pubs.

Other major cities in Wales is Swansea , Camarthen , Newport, Merthyr Tydfil and Rhondda.

Wales has great tourism, and is known for its beautiful and wild nature. The peninsula also has many beautiful castles, rich history and fascinating culture. The official language of Wales is English and the Celtic language of Welsh.

Cardiff International Airport is 20 km west of the capital.

Car-hire.net offers car rental in Wales in most major cities. Select destination in the search engine over and order a car in 3 easy steps.