Compare prices on car hire in London Heathrow Airport from all the major brands and find the best deals. When you book through us, unlimited mileage and insurance are always included in the price given. 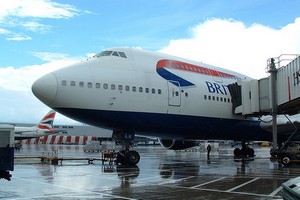 London Heathrow Airport (LHR) is located in Hillingdon, London’s most westerly town, 22 km from the center.The airport has five terminals, the latter was opened in May 2008.  Terminal 1 and 3 are within walking distance while the terminal 4 and 5 can be reached by free bus and train. From London, a walk to and from Heathrow by bus, train and subway. Seven companies offering car rental. Heathrow is the world’s 3 largest airport in terms of number of passengers (2008) with over 67 million passengers annually, and the largest in Europe. It is used by 98 different airlines flying to over 170 different destinations. The airport is the headquarters for British Airways, BMI and Virgin Atlantic Airways. Heathrow has one could ever dream of shopping opportunities, from luxury goods from Harrods to duty and bohandel. The restaurants and cafes have a wide variety of cuisine from all corners of the world. Other amenities include wireless internet, massage chairs and beauty, various VIP longer and playground for children. There are several hotels associated with the various terminals.