Compare prices on car hire in Estonia from all the major brands and find the best deals. When you book through us, unlimited mileage and insurance are always included in the price given. 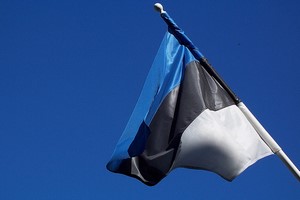 Republic of Estonia is located in the northeastern part of Europe, and together with the countries of Latvia and Lithuania, an area with a common term Baltics.Estonia has 1.3 million inhabitants (2009), and is the northernmost and smallest of the Baltic countries. It borders Latvia to the south and Russia to the east, and has coastline on the Baltic Sea in the north and west.

Estonia has mostly a flat landscapes – with vast forests and swamps. Its highest point is Suur Munamägi – located 318 meters above sea level Estonia has over 1400 lakes and many rivers.

The country has a temperate climate with a cool and humid type of weather most of the year.

Other major cities in Estonia are Tartu , Narva, Kohtla-Järve and Pärnu .

Estonia has experienced a growth in tourism in recent years, and the country may include by the reasonable cost of living, a short distance inland, great shopping and many sights.