Compare prices on car hire in Johvi from all the major brands and find the best deals. When you book through us, unlimited mileage and insurance are always included in the price given. 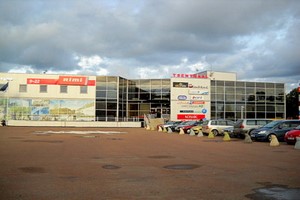 Johvi belong to the Estonian county of Ida-Viru located in Estonia’s northeastern part, near the Gulf of Finland.The city is the capital of the county and the administrative center of the municipality Johvi. It is only 50 km to the Russian border in the east. Johvi was first mentioned in the 1200s and was then a village and a marketplace. In 2009 was the number of residents in the city of over 16 000

Because of its strategic location near the Gulf of Finland and the Russian border city has been attacked several times over the years. Under 2 World War II, the old town hit hard, but today are still some old buildings here, including St. Michael’s Church which was built in the 1200s. The basement has been created a museum. The city’s cultural center, the new concert hall that opened in 2005. This is where the concerts, theater productions, theater performances, festivals and conferences.

If you want to fly, you can land at Tallinn airport Lennart Meri Tallinn Airport which is located nearly 150 km west of Johvi.